Bigg Boss 14: Jasmin Bhasin to enter the show again along with two others? - TvArticles.org
Sahifa fully responsive WordPress News, Magazine, Newspaper, and blog ThemeForest one of the most versatile website themes in the world.

Bigg Boss 14: Jasmin Bhasin to enter the show again along with two others?

Sudhanshu aka Vanraj from ‘Anupamaa’ on the hatred he gets

Bigg Boss 14: Jasmin Bhasin to enter the show again along with two others? 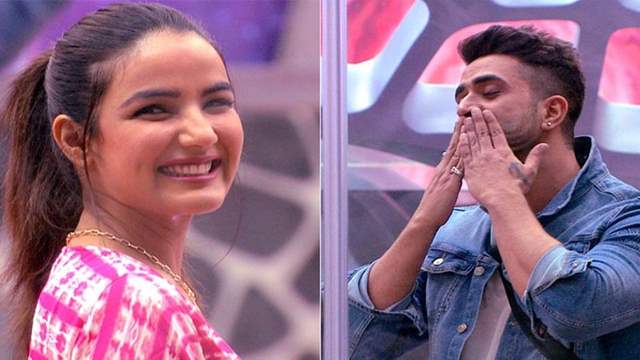 Bigg Boss 14 has definitely managed to have all the fans hooked to the show for the longest time. While fans have been missing some of their favourites, someone who is being missed the most is Jasmin Bhasin. Bhasin was the second last exit from the house as she was evicted two weeks ago. However, the actress is all set to enter the show again, but, only for a week.

As has been happening in every season, housemates will see contestants come in their support. As for Aly Goni, supporting him will be Jasmin as the actor had entered the show to support her in the first place. While he was seen having a major breakdown upon her exit, it looks like he might be in for a treat along with all the fans of the two.

Reports in The Times of India have it that the actress will be quarantined for a week post January 30 post the quarantine period. Even if it is for a week, the fans will get to see more of the duo. Reports also have it that also entering the house might be Rakhi Sawant’s husband, who continues to be a mystery for all the fans. Apart from them, Manu Punjabi, who made an exit from the show due to health reasons, will be entering the show to support Eijaz Khan’s proxy, Devoleena Bhattacharjee.