Rajkummar Rao was the first choice for Deepika Padukone starrer Chhapaak - TvArticles.org
Sahifa fully responsive WordPress News, Magazine, Newspaper, and blog ThemeForest one of the most versatile website themes in the world. 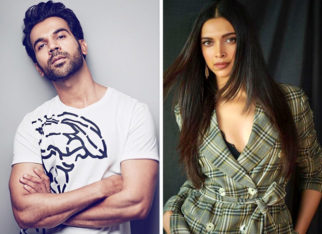 Rajkummar Rao, in the previous couple of years, has turned into each movie producer’s decision. With numerous movies in the pipeline, the entertainer is one of the busiest one in the business. So, he needed to miss out on significant film and that is Deepika Padukone starrer Chhapaak which is being helmed by Meghna Gulzar. The job in the long run went to Vikrant Massey.

Rajkummar Rao, as of late, uncovered that he was drawn nearer for Meghna Gulzar’s Chhapaak. What’s more, he for sure needed to do the task. However, because of inaccessible dates, he needed to relinquish the film. He said that he didn’t turn down the idea as he had cherished the content. Yet, he had no dates accessible for the film. He continued telling Deepika and Meghna this was his misfortune. The job of Deepika’s significant other in the long run went to Vikrant Massey.

Chhapaak rotates around the genuine story of corrosive assault survivour Laxmi Agarwal. For the uninitiated, Laxmi Agarwal was just 15 when two men, Gudda and Naeem Khan assaulted her with corrosive when she holding up at a transport stop in Delhi. Obviously, the young lady had denied the advances of the multi year elderly person and in an attack of fierceness, they assaulted her. Following two years of remaining at home and declining to move inferable from the scars, at last in 2006, Laxmi assembled the strength to document a body of evidence against lessening corrosive deals. In the end in 2013, after the much discussed Nirbhaya assault case, the court changed numerous laws relating to the assurance of ladies and one of them was the PIL documented by Laxmi. She is right now running the Chhanv Foundation to help corrosive assault survivors.

Laxmi Agarwal has been perceived universally just as she got the US State Department’s International Women of Courage Award in 2014 from the previous US First Lady Michelle Obama.