Student Of The Year 2 Movie Review - TvArticles.org
Sahifa fully responsive WordPress News, Magazine, Newspaper, and blog ThemeForest one of the most versatile website themes in the world. 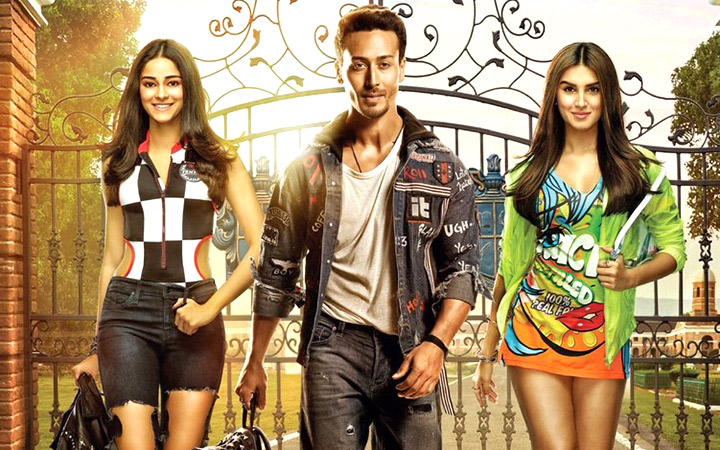 Some of the most popular films on OTT platforms at present are those that are set in schools or colleges. These are usually light-hearted films dealing with love and other school based aspects. Not just on streaming platforms, even in cinemas, this genre has never gone out of fashion and Hollywood regularly churns such films. But when it comes to Bollywood, one can hardly recall handful of such films. The only memorable movies one can recollect in the last 10-11 years are JAANE TU YA JAANE NA [2008], 3 IDIOTS [2009] and FUKREY [2013]. STUDENT OF THE YEAR 2 hence is an important film in this regard. Its first part, released in 2012, was a success and established three new actors – Varun Dhawan, Alia Bhatt and Sidharth Malhotra. Now, Karan Johar has released STUDENT OF THE YEAR 2 and this time he casts two new girls – Ananya Panday and Tara Sutaria – along with popular actor Tiger Shroff. However, it’s Punit Malhotra who’s wearing the director’s cap for the sequel. So does STUDENT OF THE YEAR 2 manage to entertain and be as good or better than its predecessor? Or does it fail to entice? Let’s analyse.

Movie Review Student Of The Year 2

STUDENT OF THE YEAR 2 is the story of triumph, love and making a comeback. Rohan (Tiger Shroff) and Mridula (Tara Sutaria) study together in Pishori Chamanlal college. Both are in love and there comes a time when Mridula changes her college and gets admission in the prestigious St Teresa College. Rohan too wants to get admitted in this institution but knowing that the fees there are too costly, he abandons the plan. He still tries his luck and seeks admission under the sports quota. As luck would have it, his admission is approved. Rohan reaches there and realizes Mridula has changed. For starters, she now calls herself Mia. She also gets a bit detached with Rohan. However, in no time Rohan wins her heart and they both again become a couple. Meanwhile, Rohan is introduced to the Teresa’s stud and star athlete, Manav Mehra (Aditya Seal). They quickly become friends but Manav’s sister Shreya (Ananya Panday) detests him. She always tries her best to put Rohan in a spot. At the time of the dance competition of the college, Rohan and Mia team up while Manav and Shreya jointly participate. For both the girls, winning the competition is very crucial. Mia wants to attain popularity and she realizes that this dance competition will be a step in that direction. Shreya, meanwhile, wants to escape the clutches of her tyrannical father Mr Randhawa (Chetan Pandit) and also her over-achiever brother Manav and enrol in a dance school in London. During the competition, Manav and Shreya win while Rohan and Mia get defeated as Mia loses her grip. Mia is devastated and when Rohan goes to console her, he finds Mia and Manav cosying up to each other. An angry Rohan punches Manav. This action leads to Rohan’s expulsion from St Teresa. Manav, still cross over getting hit by Rohan, gangs up and beats Rohan black and blue. What happens next forms the rest of the film.

Arshad Syed’s story, with additional inputs by Paulomi Dutta, is nothing new and novel. However, it’s written keeping in the mind the genre. Arshad Syed’s screenplay however is praiseworthy as its peppered with some entertaining, dramatic and even moving moments. The beginning however is a bit haphazard. Arshad Syed’s dialogues are witty and some one-liners raise guffaws.

Punit Malhotra’s direction is appropriate. He understands the space in which the film is set and does justice to the plot in hand. He had a tall order to reach considering that the first part was very well helmed by Karan Johar. In that regard, he comes quite close and that’s quite a feat. Despite the unreal world, Punit puts his earnest effort in making it seem convincing. At a few places, he does falter though, story-wise. Shreya’s turn around in the second half is difficult to digest. Also, a twist in the first half revolving around Mia is surely a shocker but might raise questions.

STUDENT OF THE YEAR 2 doesn’t have a great opening as such. The beginning portions don’t really engross viewers. It’s only when Rohan gets admission in St Teresa that the film picks up. The stark contrast between Pishori and St Teresa is well depicted. Also, the issues Rohan faces while adjusting in the new environment and the way he upgrades his wardrobe to fit in is very relatable. The scene at Jeffrey’s is funny but the scene to watch out for in the first half is when Mr Randhawa slaps Shreya. It takes the film to another level as viewers realize Shreya’s life isn’t as lovely as it seems to be. Another sequence that comes close is the intermission point – quite impactful. The second half gets better as Rohan changes gear and also his life dream. A few sequences stand out here – Shreya celebrating her birthday alone, Rohan, Shreya and Mia arguing in the café and the fight at the college stadium. The climax keeps viewers on the edge and though predictable, it makes for a fine watch.

Tiger Shroff is completely in his element and as always, does a great job. His screen presence is electrifying and though he is perceived as a killing machine, it’s still believable when he’s the one getting bashed up by the baddies and he doesn’t even fight back. However, when he does make a comeback, it’s seen to be believed! In fact, the praise should also be showered on Punit Malhotra for using Tiger’s action potential to the fullest and also seamlessly making it a part of film’s narrative! Ananya Panday is a complete star and she proves it. She looks very convincing as a spoilt rich brat. Her change of heart might seem unconvincing but once that happens, she impresses even more, acting-wise. Her’s is in fact the most moving character in the film and she wins hearts! Tara Sutaria too puts her best foot forward. Her screen presence too is something to watch out for. Sadly, she gets a bit sidelined in the second half but she surely gets noticed and is set for a bright future in Bollywood! Aditya Seal is well casted and he is terrific as the baddie. Watch out for the scenes where he’s silently observing and without saying a word, he conveys a lot! Harsh Beniwal (Puggi) is quite entertaining and raises laughs. Ayesha Raza (Principal Singh) and Manoj Pahwa (Coach Mahipal) are a bit over the top but it was as per the requirement of the character. Samir Soni (Principal Gujral) tries to be funny but fails. Gul Panag (Coach Kuljeet) shines in a small role. Chetan Pandit is alright. Rajesh Kumar (Rohan’s astrologer uncle) is hilarious in his entry scene. Manasi Joshi Roy (Roshan’s aunt) is unrecognizable and doesn’t have much to do. Samreen Kaur (Mia’s mother) is there for just one scene which is also needless. Rajveer Singh (Security guard Lahiri Singh) gets noticed. Will Smith is seen for a few seconds while Alia Bhatt adds to the glamour quotient in the end credit song.

Vishal-Shekhar’s music is not that great. The first part had very memorable songs while in this part, songs are below-par. ‘The Jawaani Song’ is the best of the lot and most entertaining. ‘The Hook Up Song’, appears in the end credit, is okay. ‘Main Bhi Nahin Soya’ is moving, more so because of the visuals. ‘Fakira’ and ‘Jat Ludhiyane Da’ are also alright. ‘Mumbai Dilli Di Kudiyaan’ is not a part of the film. Salim-Sulaiman’s background score is energetic and dramatic.

Ravi K Chandran’s cinematography is rich and gives the film a brilliant look. Choreography is visually appealing by all three – Remo Dsouza (‘The Jawaani Song’), Adil Shaikh (‘Fakira’ and ‘Jat Ludhiyane Da’) and Farah Khan (‘The Hook Up Song’). Sumayya Shaikh’s production design is superior in terms of visuals and ups the film’s richness. Manish Malhotra and Nikita Jaisinghani’s costumes are also a treat to the eyes. Though they might seem a bit too over the top, especially the costumes worn by Ananya and Tara, it will be liked by the target audience and might soon even set a new trend in fashion. Sham Kaushal’s action defies logic and laws of gravity at places but in a film of this zone, it actually works well. Ritesh Soni’s editing is praiseworthy. The film is nearly 145 minutes long but doesn’t seem lengthy.

On the whole, STUDENT OF THE YEAR 2 is an entertaining and an enjoyable fare which will strike a chord in the audience’s hearts. At the box office, it has the potential to do excellent business!