No Parth Samthaan in Sanjay Leela Bhansali’s film, it was fake news - TvArticles.org
Sahifa fully responsive WordPress News, Magazine, Newspaper, and blog ThemeForest one of the most versatile website themes in the world.

When Divya Kumar felt Sachin-Jigar are going to split-up, revealed on The Kapil Sharma Show 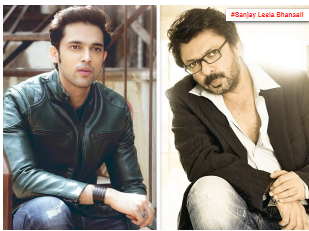 There is a classic Lata Mangeshkar-Amitabh Bachchan song that goes ‘Yeh Kahan Aa Gaye Hum’. It’s time to write a sequel to that song ‘Yeh Kahan Jaa Rahe Hum’? Wonder where the Covid crisis is taking the entertainment industry! Certainly not on a truthful track. Almost every day a new lie is written about actors, even popular stars, to boost their sagging fortunes. The latest deception attempted to be pulled on an unsuspecting readership is that the Kasauti Zindagi Kay actor Parth Samthaan has been signed to play the romantic lead opposite Alia Bhatt in Sanjay Bhansali’s Gangubai Kathiawadi.

Sources close to Bhansali wonder where that came from. “It is a very suspicious leak because it was orchestrated to show up all over the internet simultaneously. Anyway to cut a long story short, there is no truth to it.” Alia Bhatt’s romantic lead in Sanjay Leela Bhansali’s Gangubai Kathiawadi is 29-year old Shantanu Maheshwari who makes his large-screen debut with this big break.

Shantanu who is a trained dancer from Kolkata got his first major break in Mumbai on television in Dil Dosti Dance where he played the lead for two years. He has been seen in various other dance and reality shows as too a number of fictional series.