Saath Nibhana Saathiya 2’s Akanksha Juneja: I am looking forward to surprises in 2021 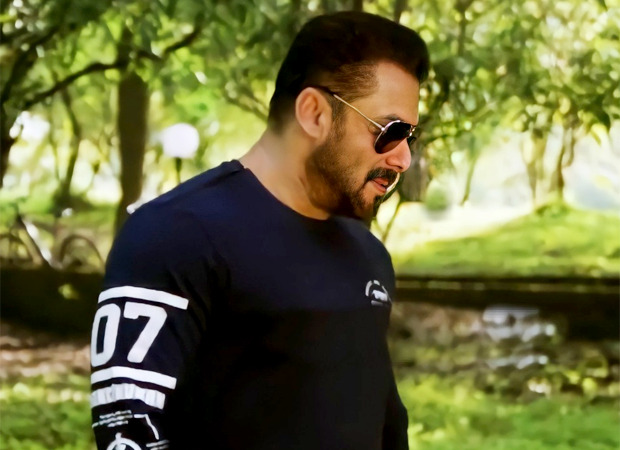 Salman Khan, who is on board in Satish Kaushik’s Kaagaz as a “presenter” was so bowled over by the film’s theme that he insisted on being featured in the film as a voiceover reciting poetry on how Kaagaz (paper) governs our lives.

Photos: Salman Khan celebrates his birthday with family, friends at his Panvel farmhouseSalman Khan Celebrates his 55th Birthday with many celebs at his Panvel FarmhouseAntim: The Final TruthAntimBIGG BOSS14 – Rubina BURSTS into tears; will Abhinav help his wife? | Salman KhanSalman Khan, Shilpa Shetty & other B-Town celebs Welcome Lord Ganesha | Karishma Tanna | Daisy Shah | Raj KundraSalman Khan, Aayush Sharma and others spotted at Sohail Khan’s residence in BandraSalman Khan and others spotted at Sohail Khan’s residence for Ganpati Darshan
Next
Says Satish fondly, “We wanted him in our film even if it was just his voice. His fans would love our film much more. We got Salman to do a voiceover in the beginning and at the end. He brackets the drama very nicely.”

This is the first time Salman has lent his voice to any film.

The record number of voiceovers has been done by Amitabh Bachchan. He has done a record number of commentaries and voiceovers for cinema as varied as Shakti Samanta’s Balika Badhu, Sujoy Ghosh’s Kahaani, Vinod Chopra’s Parineeta, Rakesh Roshan’s Krissh 3, Luc Jacquet’s March Of The Penguins, Ashutosh Gowariker’s Jodha Akbar, and Srijit Mukherjee’s Begum Jaan. His first -ever voice -over was in Mrinal Sen’s film Bhuvan Shome , then several followed.

The most rewarding voice-overs have been the son et lumiere renditions for some prestigious and important national monuments for the Government of India… Khajuraho, Golconda Fort, Gwalior Fort, Tirupati, presentation for the Punjab Museum under construction, several religious institutions. He has also vocally associated with the son et lumiere at Ajmer Fort in Jaipur for the Rajasthan Government. The Big B has also done the voice-over in Satyajit Ray’s Shatranj Ke Khiladi.