TRP Toppers: 'Ghum Hai Kisikey...' out of the list; 'Saath Nibhana Saathiya 2' makes a return - TvArticles.org
Sahifa fully responsive WordPress News, Magazine, Newspaper, and blog ThemeForest one of the most versatile website themes in the world. 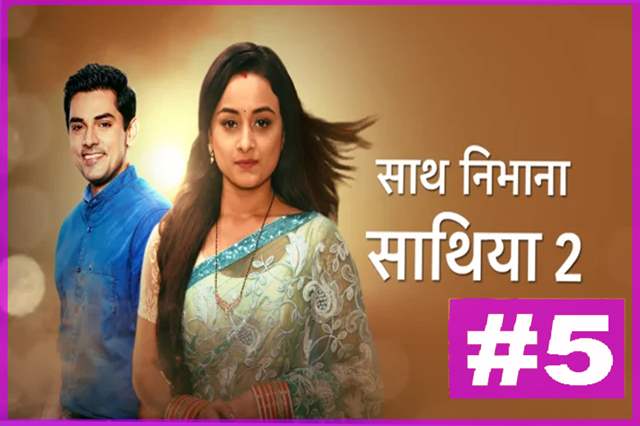 Owing to the holiday for Holi, the TRPs have come in just one day late and hence, for this week, it’s TRP Friday instead of Thursday. While that is the case, this week has also surprisingly brought in more changes than we would have thought. Some major shocks and a couple of expected instances too. Let’s roll to find out what were they-

Making a re-entry into the list this week is the sequel, Saath Nibhana Saathiya 2. The shoe starring Harsh Nagar and Sneha Jain has managed to gradually pick up with time and has been performing really well recently. The show has been on-and-off the Top 5 list but always fetched good numbers. This week too, the show performed really well to make its re-entry into the list on the 5th spot with a good 2.9 points.

After being off the list for a while, Zee TV’s Kundali Bhagya made a great comeback last comeback with some redemption too. The show not only came back but did so right up to the 2nd spot grabbing big numbers. This week though, the shoe has witnessed a fall again and is now on the 4th spot grabbing 2.9 points.

In times where multiple shows have been on and off the list and not been consistent too, q show like Yeh Rishta Kya Kehlata Hai has performed amazingly over weeks. Even though the show has had numbers going up and down but it has managed to stay in the Top 5 in one form or another. This week, the show only gets better and is on the 3rd spot with 3.0 points.

Another Star Plus show that is an amazing example of consistency – Imlie. The show witnessed a shocking fall last week as it even lost few numbers in the mix. But this is a week where the show is not only back in form but is doing so with big numbers at 3.3 points.

The situation surrounding Star Plus topper Anupamaa is rather tensed offscreen currently. From Paras Kalnawat losing his father to now leading lady of the show, Rupali Ganguly testing positive for COVID-19, many things will need to be sorted out. However, for now, the results for the shoe continue to be amazing from last week and the show is still on top with an amazing 4.1 points.

we
As you might have noticed, one of the most shocking things happened that Ghum Hai Kisikey Pyaar Meiin goes out of the list probably for the first time for a while. The fact that the show had both it’s leads tested positive for COVID-19 and then the show working something around it did showed in the numbers. The fans would hope the show gets a return next week.